To share your memory on the wall of W.L. Beavers, sign in using one of the following options:

Provide comfort for the family by sending flowers or planting a tree in memory of W.L. Beavers

Provide comfort for the family by sending flowers or planting a tree in memory of W.L. Beavers

During his final days, special thanks for the care and concern given by JoAnn Holmes and Debbie Durham.

Friends may post online messages of condolence for the Beavers family by visiting www.gallagherfh.com.
Read Less

Receive notifications about information and event scheduling for W.L.

We encourage you to share your most beloved memories of W.L. here, so that the family and other loved ones can always see it. You can upload cherished photographs, or share your favorite stories, and can even comment on those shared by others.

Love, Your Texas Roadhouse Food Team Family, Lane, Rod, and Sandra Cline, and other have sent flowers to the family of W.L. "Dubber" Beavers.
Show you care by sending flowers

Posted Aug 14, 2020 at 09:41am
Praying for God to wrap His arms around you all, during this difficult time! We pray that He will give you all the strength and comfort you need today, tomorrow and all the days ahead! After we got the tragic news of Dubber‘s passing, so many awesome memories flooded back to Jeff of all the hunting trips, and camping times with you all! Praying for you all.
Comment Share
Share via:
HS

Flowers were purchased for the family of W.L. Beavers. Send Flowers 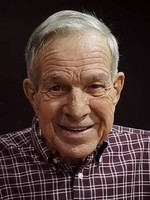