To share your memory on the wall of Reverend Herbert Murrell, sign in using one of the following options:

Print
Reverend Herbert Amanual Murrell, Jr, 89 of Cabot, Arkansas, passed away Sunday, August 23, 2020. He was born on June 7, 1931 in Colfax, Louisiana, to the late Herbert and Pearl Murrell.

Reverend Murrell first answered the call to ministry when he and his family moved to Fordyce, Arkansas in 1959, where they pastored the First United Pentecostal Church for 46 years. Herbert quickly earned the nickname of “Preacher Murrell” during his time in Fordyce. This name not only reflected his passion for the Kingdom of God but also his love for wearing a suit and tie everywhere he went. After retiring from Pastor in Fordyce, he and his wife moved to Garland, Texas, where he served as Care Pastor for North Cities United Pentecostal Church for 15 years. His love for God and people was truly evident in every aspect of his life.

Herbert was preceded in death by his parents; his loving wife, Rita Murrell; his son, Herbert Murrell III (Buddy) and grandson Brent Murrell.

Reverend Murrell loved his family dearly. He was known by his family as “Jr” and also “Papaw”. He is survived by his daughter, Dianne and Son In Law Dannie Odle; daughter Darlene Harlow; siblings Freddie Murrell, Reg Murrell, Bertie Smith and Arnold Murrell. He is also survived by four grandchildren and nine great-grandchildren.

On Saturday, September 12, 2020 a Celebration of Life service will be held at North Cities Pentecostal Church in Garland, Texas at 2:00pm.
Read Less

Receive notifications about information and event scheduling for Reverend Herbert

We encourage you to share your most beloved memories of Reverend Herbert here, so that the family and other loved ones can always see it. You can upload cherished photographs, or share your favorite stories, and can even comment on those shared by others.

Posted Sep 02, 2020 at 03:07pm
Brother Murrell,
An easy man to love and respect. Brother Murrell's whole life seemed to say "follow me, I will show you the way to God!" His attitude, his attire and his conduct seemed to convey that he was on point and ready for the Lord's instructions daily.

Posted Aug 31, 2020 at 10:04am
In loving memory of our friend. May God bring peace and comfort to the family. From your friends at GracePoint Fellowship in McKinney, TX

Posted Aug 25, 2020 at 03:21pm
We are sorry to hear about Bro. Murrell. He was such a Godly man and lived what he preached. He will be missed by many. Our prayers for his family.
Comment Share
Share via: 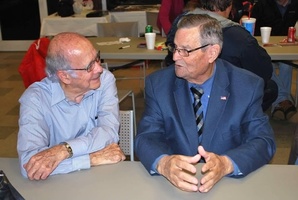 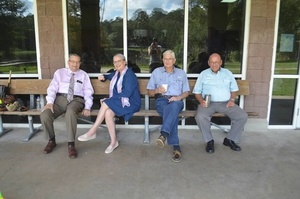