To share your memory on the wall of Mary Kemper, sign in using one of the following options:

Print
With great sadness, we announce the loss of our beloved mother, Mary Frances Daniel Kemper, age 84 of Alexandria, La.

Mrs. Kemper, a retired Morehouse Parish School teacher passed away peacefully on Monday, June 29, 2020 at Jena Nursing and Rehab Center in Jena after a brief illness.

The Kemper family would like to thank the Jena Nursing and Rehab and All Saints Hospice for the love and care given to Mrs. Kemper.
Read Less

Receive notifications about information and event scheduling for Mary

We encourage you to share your most beloved memories of Mary here, so that the family and other loved ones can always see it. You can upload cherished photographs, or share your favorite stories, and can even comment on those shared by others.

Plant a Tree in Memory of Mary
Plant a tree 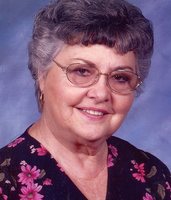