Use the form above to find your loved one. You can search using the name of your loved one, or any family name for current or past services entrusted to our firm.

Click here to view all obituaries
Search Obituaries
Immediate Need
We are here to help you. If you have need of our services, please call us, day or night, at:
318-640-1375
To better prepare yourself, we have provided you with some helpful information regarding the immediate need process.
Contact Us / Location

We respect the sensitivity and dignity that comes with ordering tribute gifts from the funeral home. It is for this reason that we have attempted to design our online Sympathy Store with the utmost respect to the family and the deceased. We hope you find this service helpful during your time of need and would welcome any comments or suggestions you might have to help us serve our communities better.

To share your memory on the wall of Richard Hayes, sign in using one of the following options:

A receipt has been emailed to the address provided. A receipt may also be printed.

He is preceded in death his parents, Isaac and Margie Hayes; one brother, Isaac “Mike” Hayes.

Friends may post online messages of condolence for the Hayes family by visiting www.gallagherfh.com.
Read Less

Receive notifications about information and event scheduling for Richard

We encourage you to share your most beloved memories of Richard here, so that the family and other loved ones can always see it. You can upload cherished photographs, or share your favorite stories, and can even comment on those shared by others.

Plant a Tree in Memory of Richard
Plant a tree 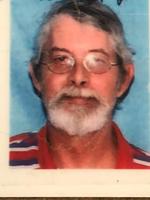 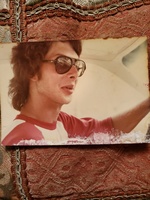