To share your memory on the wall of Fay Rice, sign in using one of the following options:

Mrs. Rice was a loving mother and grandmother. She was born on October 15, 1934 in Saranac Lake, New York to Edmund Moody and Loretta Parker Moody. Mrs. Rice proudly served her country in the United States Air Force, where she was able to travel around the world including Morocco and Hawaii. She later worked in sales in retail. Mrs. Fay Rice, had a bigger than life personality. She was outgoing and never met a stranger but was strong willed and very particular about certain things. She will forever be missed by those that loved and knew her.

She was preceded in death by her husband, Robert Raymond Rice; parents, Edmund Henry Moody and Loretta May Parker Moody; sisters, Alberta Till and Barbara Bowden.

Receive notifications about information and event scheduling for Fay

We encourage you to share your most beloved memories of Fay here, so that the family and other loved ones can always see it. You can upload cherished photographs, or share your favorite stories, and can even comment on those shared by others.

Nichole & James Stewart, Faith Chapel Church Of God In Christ, and other have sent flowers to the family of Fay M Rice.
Show you care by sending flowers

Posted Oct 16, 2020 at 08:25am
Aaron/Ms. Vera & family, Please accept our most heartfelt sympathies for your loss. Our thoughts are with you during this difficult time.

Posted Sep 30, 2020 at 10:04am
We are sending our deepest condolences to you and your family. Praying for your strength and comfort during this time of loss. 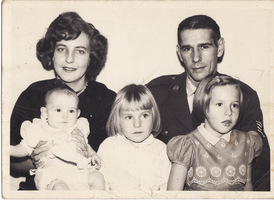