To share your memory on the wall of Allen Wampler, sign in using one of the following options:

Receive notifications about information and event scheduling for Allen

We encourage you to share your most beloved memories of Allen here, so that the family and other loved ones can always see it. You can upload cherished photographs, or share your favorite stories, and can even comment on those shared by others.

Alton and Denise McKnight sent flowers to the family of Allen E. Wampler.
Show you care by sending flowers

Posted Jul 09, 2020 at 05:45pm
Mr.Greg, we were so sorry to hear of your loss. You and your family are in our thoughts and prayers. Sincerest condolences from Richard Bottrell, Selena Bryant and all of us from West Grant Water Association.
Comment Share
Share via:
AM

Posted Jul 06, 2020 at 09:11am
My prayers are with Mrs. Vivian and the family. Mr. Allen was such a nice man and will be missed by all that knew him, especially his family that loved him very much.
Comment Share
Share via: 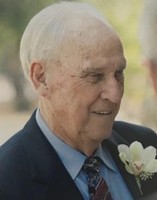